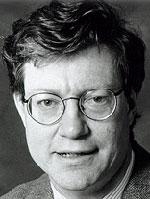 Dr. Richard Pious received his B.A. from Colby College in 1964, and his M.A. and Ph.D. from Columbia University in 1966 and 1971, respectively. He currently teaches at both Columbia University and Barnard College in New York. Dr. Pious has written widely on American politics and the American presidency. He is the author of several books, including The American Presidency; The President, Congress, and the Constitution; and The War on Terrorism and the Rule of Law.