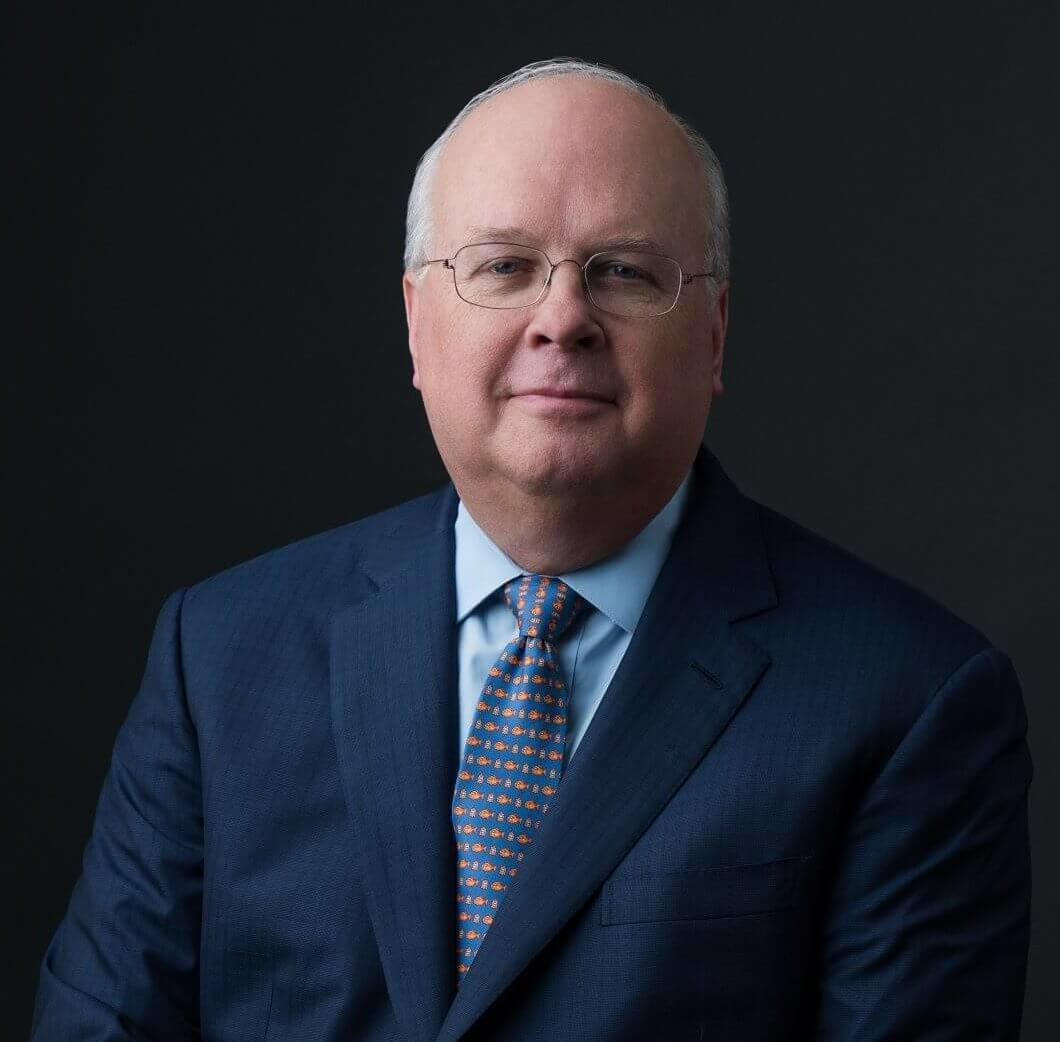 Karl Rove, political strategist, columnist, policy thinker, and teacher will make an appearance at the Jefferson Global Summit 2022. Rove served as Senior Advisor to President George W. Bush from 2000–2007 and Deputy Chief of Staff from 2004–2007. In his time in the White House, he directed the Offices of Strategic Initiatives, Political Affairs, Public Liaison, and Intergovernmental Affairs. Rove was also Deputy Chief of Staff for Policy, playing a key role in shaping policy in the Bush Jr. years.

In his discussion, “The Futre of the GOP” Karl, described by Fred Barnes of The Weekly Standard as “the greatest political mind of his generation”, draws on decades at the fore of Republican party politics. Karl has also been described by columnist Michael Barone in U.S. News & World Report as “…unique…no Presidential appointee has ever had such a strong influence on politics and policy, and none is likely to do so again anytime soon.”

Dubbed “The Architect” by President George W. Bush himself in his 2004 acceptance speech, Rove formerly was president of Karl Rove & Company, an Austin-based consulting firm for Republican candidates, non-partisan causes, and non-profit groups. His clients included over 75 Republican U.S. Senate, Congressional, and gubernatorial candidates in 24 states, as well as the Moderate Party of Sweden.

In years since, Rove, author of New York Times Bestseller Courage and Consequence: My Life as a Conservative in the Fight, has become a Fox News contributor, and weekly op-ed columnist for the Wall Street Journal. He has written for various publications, including The Daily Beast, Financial Times, Forbes, FoxNews.com, HumanEvents.com, Newsweek, The Times, Washington Post, and The Weekly Standard.

Karl has taught graduate students in Modern American Political Campaigns at UT Austin’s Lyndon B. Johnson School of Public Affairs, and undergraduates in a joint appointment from the Journalism and Government departments at the university. A Colorado native, he attended the University of Utah, the University of Maryland-College Park, George Mason University, and the University of Texas at Austin.