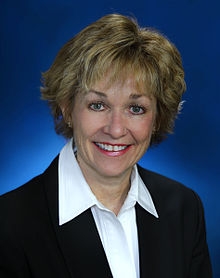 Senator Jane Earll was first elected to the Pennsylvania State Senate in 1996, and has been re-elected three times, to represent the 49th Senatorial District, which includes the City of Erie and most other municipalities within Erie County. In 2002, in addition to serving the constituents of the 49th District, Senator Earll was the Republican Nominee for Lieutenant Governor. Prior to her election to public office, Senator Earll established herself as a respected legal professional. She practiced law for over 12 years in both the public and private sectors, including almost seven years as an Assistant District Attorney. Senator Earll is the Chairwoman of the Community, Economic and Recreational Development Committee, Vice Chair of the Finance Committee, and also serves on the Banking and Insurance, Judiciary, Rules and Executive Nominations, and Transportation Committees. Senator Earll received her B.A. from Allegheny College in Meadville, PA, and obtained her law degree from Ohio Northern University College of Law in Ada, Ohio.