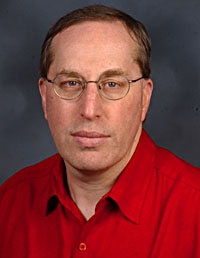 A. Douglas Stone is the Carl A. Morse Professor of Applied Physics and Physics at Yale University. He is a leading researcher on quantum effects in nanostructures and in laser physics. His most recent breakthrough was the development of a “time-reversed laser” or anti-laser. After
receiving his B.A. in social studies from Harvard College in 1976, he pursued a second “honors” B.A. in physics and philosophy 1976-1978 at Balliol College, Oxford - where he studied as a Rhodes Scholar. He then decided to focus on theoretical physics and received his Ph.D. in solidstate physics from the Massachusetts Institute of Technology in 1983. He held a postdoctoral fellowship at IBM’s T.J. Watson Research Center and was an IBM Postdoctoral Fellow at the State University of New York at Stony Brook. Dr. Stone is the author of Einstein and the Quantum: The Quest of the Valiant Swabian - which was picked by Science Friday as one of the best science books of 2013.