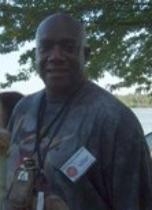 Chief and Chairman of the Erie Indian Moundbuilders Tribal Nation aka James Oliver Johnson III aka Abdul Muta'Ali Haadi-Nur Abdullah-Muhammad Erie Moundbuilders aka http://www.sheilagibson.org/resrchtime1600.html  some of these tribes forced out went south into Virginia, including the Westo. "An unknown tribe (about 600-700) fleeing the Iroquois entered the Virginia Piedmont and settled near the Falls of the James River (Richmond). They built a large, fortified village and terrorized the local Powhatan tribes who called them the Ricahecrian. A combined English and Powhatan army went out to expel these intruders but was soundly defeated. However, shortly after this battle the Ricahecrian abandoned their village and disappeared. Ricahecrian is a Virginia Algonquin word that seems to mean 'from beyond the mountains.' The Powhatan obviously believed that these new enemies had come from west of the Appalachians." Chistopher GIST said Rickahockan (Ricahecrian, Rechahecrian, Rockahocan, Rickahocken) (as Cherokee were known by the Powhatan) had settled at the Falls of the James River (Richmond, Virginia) "about the time the Iriquois [sic] completed their conques later some were called Cherokee; Moor (Laster Tribe) and is of the  Ani-Gi-La-Hi Long Hair Clan.  His native bloodline goes back 14 generations (early 1600's) on his paternal side and 15 generations  (early 1600's ) on his maternal side.  Following is a very small portion of his detailed ancestry.  Both his paternal and maternal side have direct lines to the House of Moytoy.  His in-depth lineage dates back to 0602 in its entirety, consisting of over 3,000 hours of research and final copy totaling 507 pages (4 full binders) with important Dawes Comm, Guion Miller and other roll numbers included when possible.

An Advocate for: Human rights and minorities

Co-Chairman of the Native American Reconciliation Campaign with Joe Byrd former Chief of Cherokee Nation of over 29 tribes who were discriminated against because of their complexion.

An Accountant: City of Erie, PA

A Health Administrator: State of PA Dept of Public Assistance.

A Martial Arts Instructor: Karate and Tae Kwon Do

A Master Mason: of the 32nd Degree and Shriner.

As a Full-Blood Native American is to improve the quality of life for all Native American and Indigenous People through cultural, social, economical and educational awareness.