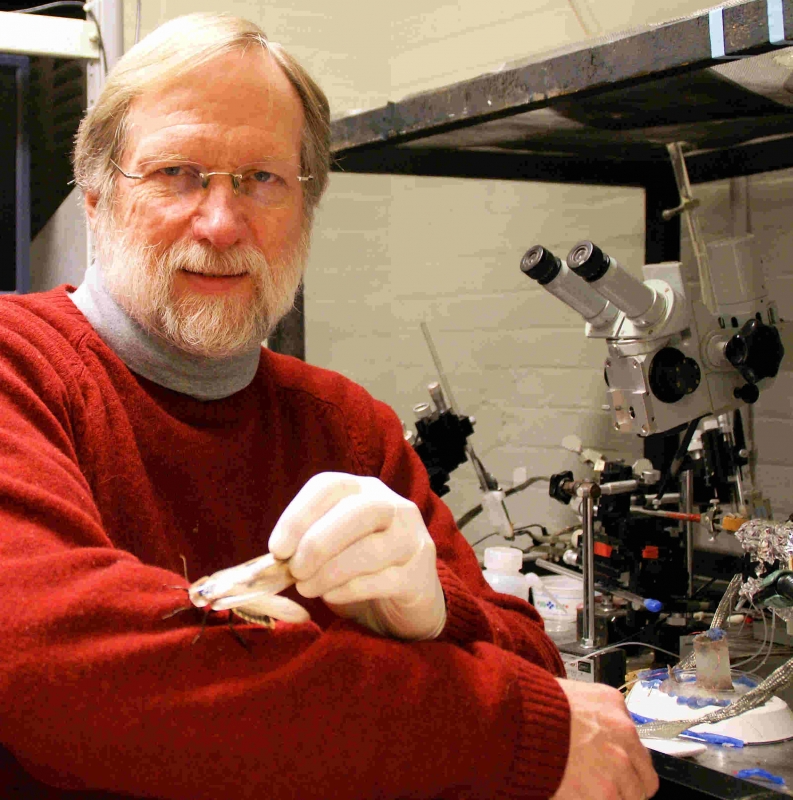 Roy E. Ritzmann is a Professor in the Department of Biology at Case Western Reserve University in Cleveland, Ohio.  He received the B.A. degree in Zoology from the University of Iowa, the Ph.D. in Biology from the University of Virginia then moved to a postdoctoral position at Cornell University where he began working with insects on the neural circuitry underlying escape systems. In 1977 he assumed his position at CWRU where he was promoted eventually to Full Professor in 1992. In 1990 he began to investigate insect locomotion through complex terrain.  These studies are grounded in behavioral observations, but also involve electrophysiological recording in a brain region called the central complex. His laboratory focuses on behavioral and neural properties that are involved in insect movement around barriers in complex terrain. The biological principles that are uncovered are used by engineers in the Roger Quinn’s Biorobotics laboratory at CWRU to design and control insect inspired robots. In return, their robots provide hardware models that give us insight into the control of locomotion in the animal.