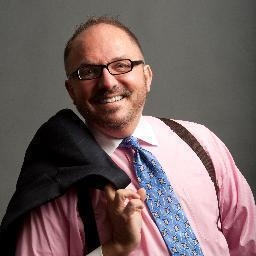 Mark Neidig is the Executive Director of the Kanzius Cancer Research Foundation (KCRF), an Erie, Pennsylvania based 501(c)(3) non-profit organization with the mission to create national and global awareness of the Kanzius Noninvasive Radiowave Cancer Treatment project, and to help to accelerate the speed at which research progresses through human trials. Mark took this role in July 2009, and leads the Foundation in its national fundraising efforts, community education/awareness and future planning. In May 2010, KCRF was awarded a $250,000 Pepsi Refresh Grant, an award that will enhance the Foundation’s national platform to communicate its mission to find a safer, noninvasive way to treat cancer.  The Foundation has grown from a local/regional organization to a nationally recognized grassroots effort to bring “a better way” of treating cancer to fruition.

Mark has extensive experience working in development for health care and wellness organizations in Washington, D.C. and throughout the state of Indiana. He held the position of Director of Development, Oncology at the Washington Hospital Center Foundation where he was responsible for the fundraising activities of the Washington Cancer Institute.  While there he initiated the creation of the Physician Philanthropy Partnership and secured a three-year $2.5million grant from the Susan G. Komen Foundation for a study of “Disparities in Oncology Services Among the Underserved Community.”

Mark also has also served as Executive Director of Foundation and Marketing at the Community Hospital of Bremen in Bremen, Indiana where he completed a $17.5million new facility campaign, and as Senior Director of Community and Market Development at the Saint Joseph Regional Medical Center in Plymouth, Indiana.  Between 1995 and 1996, Mark served as the Interim National Director of the Abwe Mission and the Ndungu Kebbeh Medical Centre in The Gambia, West Africa.

Mark built his strong background in sales and business administration while serving as Vice President of Administration at ITAMCO in Plymouth, Indiana. He earned his Bachelor of Science degree from Bob Jones University and holds a Certificate in Fundraising Management from Indiana University-Purdue University.

Mark now lives in Erie, Pennsylvania with his wife, Debbie, and has two grown sons, Mark (Jennifer and grandson, Owen) in Indiana and Chase (and Courtney) in West Virginia.