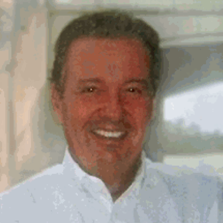 After a long and successful career on Wall Street, Mr. DeMarco learned that his mother (Dotty) was living with Alzheimer's disease. He dropped out of the world to care for her on November 17, 2003. Mr. DeMarco was her sole and primary caregiver until she went to Heaven on May 25, 2012. She died peacefully in her own bedroom on May 25.

Their life together with Alzheimer's was considered to be unique and different by all standards, and people asked Mr. DeMarco to write about his experience so he did so beginning in 2008.

Mr. DeMarco's mother taught him a great deal about Alzheimer's disease but most importantly she taught him that persons living with Alzheimer's are capable of more than we can imagine with our own brains.