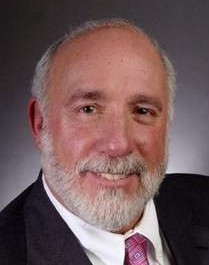 Mr. Grossman spent twenty years as a Professor of Political Science and Director of Pre-Law at Mercyhurst University. He has been a successful owner/operator of nine businesses in Erie County which include Forest Hills Athletic Club, Radio Station 1330, Nevada Bob's Golf Store, and four restaurants including the Stone House Inn and Mi Scuzi.  He has presented talks to over 200 clubs and organizations on various topics including Thomas Jefferson, The U.S. Constitution, Travel Abroad, The Holocaust, The American Presidency, and Admiral Uriah Levy (owner and preserver of Monticello), and the Alexander Hamilton/Aaron Burr duel.

Mr. Grossman also practiced law for three years at the firm of Shamp, Levin, Arduini and Hain. Presently, County Executive Grossman is a frequent lecturer at the Jefferson Society.

He Hosted a radio talk show known as "We the People" on 1330 AM for three years. This show focused on local, regional and national political issues. Mr. Grossman has always been active in community projects including co-chairing the Greater Erie Unity Committee from 2004-2005.  He also has participated in numerous charitable organizations over the years including the Erie Rape Crisis Center, Earth Watch Erie Enviromental/Convservation Group and Boy's Baseball to name a few.

He has been married to Janet Grossman for over forty years.  Their only daughter Rebecca Hower lives in Erie with her husband Dr. Robert Hower and their two children. Mr. Grossman enjoys spending time with his two grandsons Jackson and Jacob Hower.