Despite lingering popular misconceptions, the Great Lakes and Upper Midwest region is not an economic monolith of struggling older industrial cities and rural hinterlands. Many communities have shed their agricultural and industrial shells and found new economic success in a globalized, knowledge and technology-driven economy. Austin will share findings from A Vital Midwest: The Path to New Prosperity,  https://www.thechicagocouncil.org/publication/vital-midwest-path-new-prosperity his 2020 report from the Chicago Council on Global Affairs. It provides a fresh analysis of the Great Lakes economy and the varied paths by which the region's older industrial communities, similarly situated to Erie, have turned an economic corner. Austin will also discuss the new challenges and opportunities for economic growth in a Covid-19 reshaped economy. 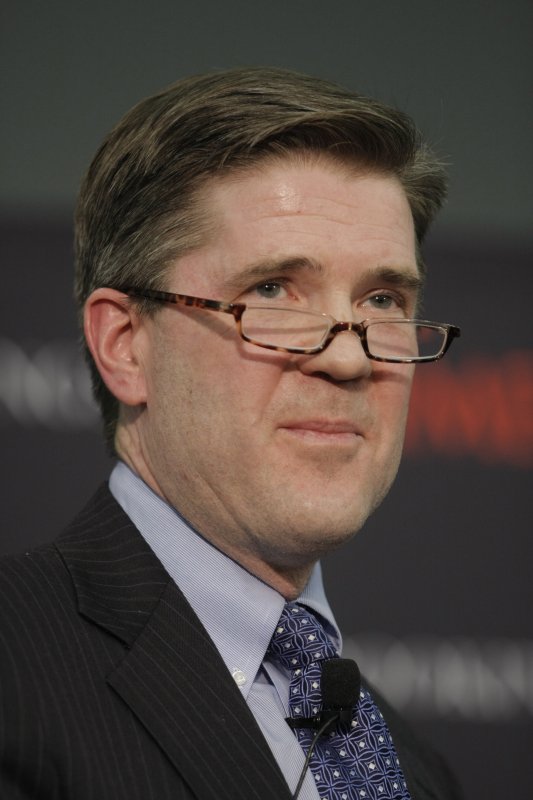 John Austin, 58, is the former President of the Michigan State Board of Education. Austin directs the Michigan Economic Center, a center for ideas and network-building to advance Michigan’s economic transformation. He also serves as a Non-Resident Senior Fellow with the Brookings Metropolitan Policy Program, the Chicago Council on Global Affairs, and the Upjohn Institute, where he leads these organizations efforts to support economic transformation in the American Midwest. Mr. Austin also Lectures on the Economy at the University of Michigan.

Austin’s series of publications on The Avenue since the 2016 Presidential election on the politics and economy in the Midwest swing states have informed the national and international understanding of this important economic and political region. Mr. Austin has been quoted and his Brookings work reported on by the New York Times, Washington Post, The Economist, Wall Street Journal, The Atlantic, the BBC, Voice of America, Financial Times, Nikkei News, Politico, and the Hill--among dozens of local, national, and international media.

In 2020, the Chicago Council on Global Affairs released Austin’s report A Global Midwest: The Path to New Prosperity, which provides an updated analysis of the Great Lakes/Midwest Economy from the seminal Brookings 2006 publication The Vital Center, also authored by Austin. The report provides a refreshed blueprint for spreading economic growth and opportunity to more people and places in this important swing-state region.

At the Michigan Economic Center, Austin has spurred work to transform Michigan’s economy, and make the state a leader in the coming “Green and Blue” sustainable economy of the future. The Center’s 2017 report Jobs, Michiganand Leadership in the Economy of Tomorrow, provides a roadmap for how Michigan can create new jobs and businesses in New Agriculture, Clean Energy, Smart Water, New Mobility, Health Care and IT solutions—all fast growing, globally pressing areas of work and market opportunity. Also in 2017, the Michigan Economic Center’s report Michigan: We Are All Migrants Here detailed the outsize contributions of legal immigrants to Michigan’s economic and population growth, and the damage done to Michigan’s economy by the current Administration’s anti-immigrant policies.

In 2015, working with the Michigan College Access Network (MCAN), Austin created the Michigan Higher Education Attainment Roundtable (MIHEART), which brings together the state’s business, education, higher education State Administration in strategies to increase residents' attainment of post-secondary credentials and reduce higher education cost. MiHEART’s 2015 blueprint for action has been largely implemented and an updated “TotalTalent” agenda was released in September 2018.

In 2006, Austin created and directed the Great Lakes Economic Initiative for the Brookings Institution, where he authored key reports that directly shaped the region’s economic development agenda: “The Vital Center: A Federal-State Compact to Renew the Great Lakes Region;” “The Vital Connection: Reclaiming Great Lakes Economic Leadership in the Bi-National Great Lakes Region;” and “Healthy Waters, Strong Economy,” which led to federal support for Great Lakes clean-up and restoration, and regional understanding and actions to build on our Great Lakes and water resources as an economic asset. Austin’s Tales of Two Rust Belts series published for Brookings Institution’s The Avenue updates the economic opportunities and challenges facing the politically important swing states of the Upper Midwest.

Mr. Austin also served in 2004 as Policy Director for Michigan’s Governor-appointed Commission on Higher Education and Economic Growth, and was principal author of the Commission’s influential report. In addition, he was the chief architect of Governor Granholm’s urban strategy and helped stand-up her newly created Department of Labor, Energy and Economic Growth and a state workforce development strategy.

He was the founding Director of the New Economy Initiative for Southeast Michigan—a $100 million effort by the region’s philanthropies to aid in the area’s economic transformation, and initiated the Global Detroit program to welcome immigrants as a source of economic strength and renewal.

Austin received his Master’s in Public Administration from Harvard's Kennedy School of Government, and a Bachelors from Swarthmore College in Economics & Political Science, with High Honors and Phi Beta Kappa.