This narrated boat tour will cover the evolving Erie waterfront, including the businesses and industries that have defined the local and regional economy. As the boat navigates through the nooks and crannies of Erie’s modern Bayfront, vivid paictures of the once neglected portion of the cityscape will be discussed. The narration will include the evolution of the docks and the railroads that once serviced them and a discussion of commercial fishing, ice harvesting, sand & gravel, the water and sewer authorities, and the industrial firms which were once located on the waterfront. Those who register for the boat tour are to meet the water taxi at Liberty Pier at 4:45 PM, and can use the Liberty Park parking lots. Please call for more information. Space is limited for both the September 11 and September 18 boat tours, and reservations are required (first come, first serve!); rain date TBD (if necessary). Jerry Skrypzak, B.A. and David Frew, Ph.D. 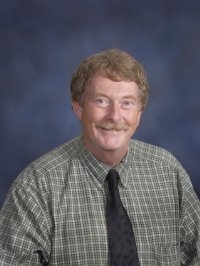 Dr. David Frew is currently a visiting professor at Mercyhurst University in the Graduate Organizational Leadership (MSOL) Program.  He is also a professor emeritus at Gannon University where he served on the faculty and held a variety of administrative positions.  He is an emeritus director of Erie County Historical Society and president of his own management consultung business.  His consulting clients have included GE Crotonville as well as several General Electric core businesses, NASA, FMC Technology, National Fuel Gas, The Regional Cancer Center, Hamot Health Center, St Vincent Health Center, AMSCO/STERIS, The Second Harvest Food Bank and dozens of other regional, national, and international clients.

Dr. Frew has authored or co-authored thirty-five books and more than one hundren articles, cases, and papers.  His work has appeared in publications ranging from refereed journals such as The Journal of Applied Psychology to popular magazines such as Sail Magazine and Cruising World.  His nine books on Lake Erie ships, shipping and shipwrecks represent a narrative history of the industries which formed the backbone of the Great Lakes maritime economy.

He was born in Erie and graduated from Gannon.  After a five year career in engineering he took a teaching fellowship at Kent State University where he earned a doctorate in Organizational Behavior in 1970. His love of Lake Erie brought him back to Erie where he became a faculty member and the founding director of Gannon's MBA Program. His career at Gannon included administrative posts as Director of the Health Services Administration and Public Administration Programs, as well as Dean of the Graduate School.

In 1982 and 1983 he took a leave from Gannon to complete a post-doctorate at Kent State University where he completed advanced coursework in psychology, and research design.  In addition to a number of major research and administrative grants he established and directed a grant-funded Canadian Studies program at Gannon which operated for more than ten years.  He retired from Gannon in 2003 and took over the executive directorship of Erie County Historical Society where he was able to integrate his management skills with his love of Lake Erie history.

Dr. Frew is married with three grown children and eight grandchildren. He is an avid racing and cruising sailor.