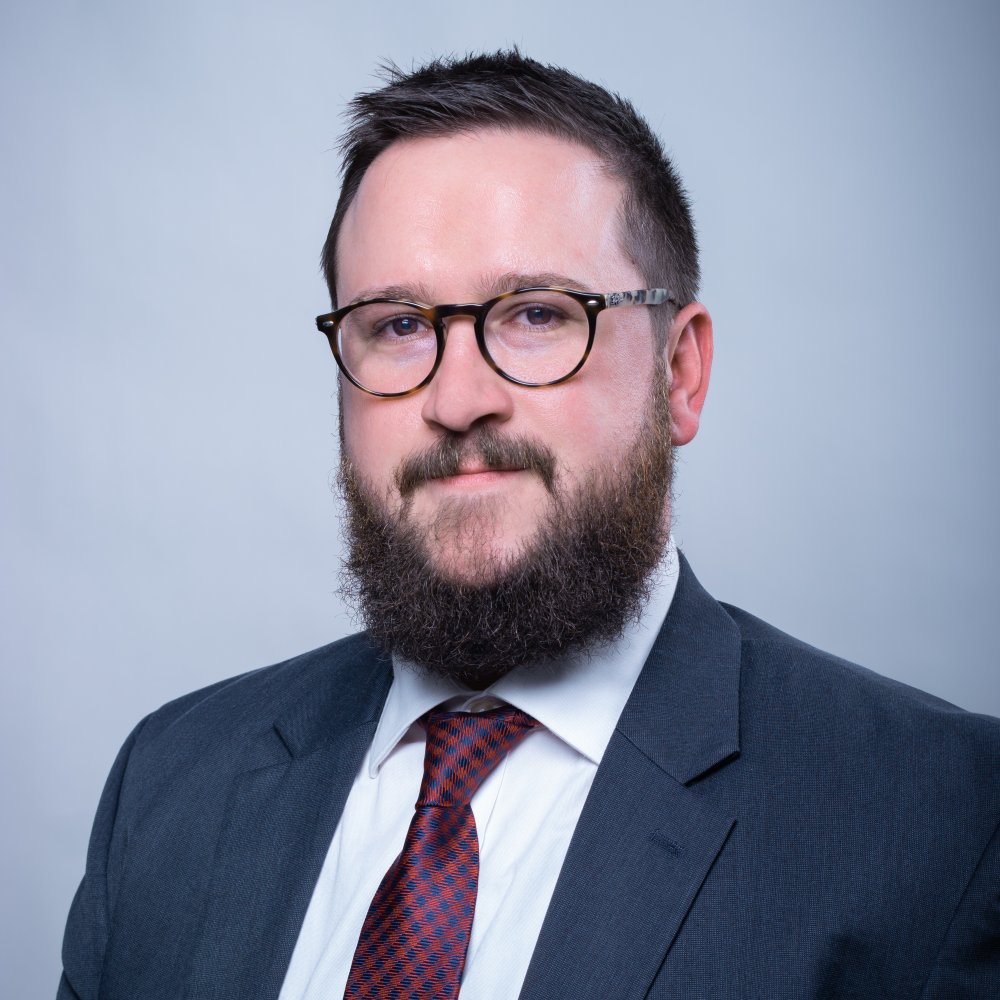 Ben Speggen joined the Jefferson Educational Society in February 2015 as its Program Developer, curating the think tank's educational programming. In November 2015, he was promoted to serve as the think tank's Program Director, where he oversees the think tank’s events, ranging from its local and distinguished visiting scholars lecturers, its Global Summit series, the Jefferson Dinner series, the Metro 100 conferences, and more. Since 2016, he has also directed the Jefferson Civic Leadership Academy. In November 2017, he was promoted to the position of Director of Operations.

Putting to good use two degrees in English, he churns out from anything to media releases to program reports and grant applications. He also edits publications, ranging from essays to biographies and beyond.

Having served as the Erie Reader's Managing Editor since its inception in 2011 to September 2015, he transitioned to the role of Contributing Editor and currently authors in-depth features and occasional op-eds amongst other things. Since June 2014, he has served as producer and host of WQLN's community affairs-based program Weekend All Things Erie and also hosts TV programs, such as “Erie’s Next Mayor” and “Reach Innovation.”

Previously, he served as a lecturer at local universities, teaching various writing and literature courses.

He has presented his research at various conferences, ranging from Erie to Pittsburgh to Providence. Most recently, he presented on the impact of local media on shaping cities' narratives at the Tom Tom Festival's Hometown Summit in Charlottesville, Va. on the campus of the University of Virginia.

He served as a writer and editor for the "Our Erie" short film, which launched a national social media campaign. His work has been cited by James Fallows for The Atlantic and by Brookings Institution Centennial Scholar Bruce Katz for his work with book Metropolitan Revolution.

He currently serves on the boards for L'Arche Erie, the Erie County Poet Laureate Initiative, and represents the Jefferson on the Emerge 2040 Steering Committee. Previously, he served on the board for the Film Society of Northwestern Pennsylvania.

He is also a proud member of Engaging Local Government Leaders (ELGL) and of the Erie chapter of the Torch Club.